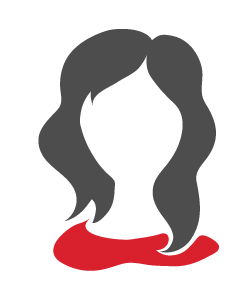 Hi, Mia here! Just after I got pregnant with my first child, my husband and I decided to spend a few months abroad. While it was a great experience, I made the mistake of not learning the language before I left. Getting antenatal care was difficult when I couldn't communicate with the doctors, so I had to start learning things for myself. I enjoyed it so much, I decided to continue even when I got back home to Australia. This blog is filled with everything I've discovered over the years about managing your own health (and your family's health!) with and without medical intervention.

As an inflammatory bowel disease, Crohn's disease causes inflammation that can occur anywhere along your digestive tract, and the condition can be debilitating for those who have frequent flare-ups of their symptoms. It's not fully understood why some people develop Crohn's disease, but a combination of environmental and genetic factors are thought to trigger the illness.

If you've recently been diagnosed with Crohn's disease, you'll be aware that the goal of treatment is to bring about long-term remission and relief from the serious symptoms associated with this illness, such as abdominal upset, pain and malnutrition caused by being unable to absorb nutrients due to bowel inflammation.

Being aware of the treatments that are available for Crohn's disease can help you make an informed choice when discussing your own treatment pathway with your doctor, so here's an overview of four common treatments used to manage the symptoms of Crohn's disease:

Anti-inflammatory drugs are used to treat mild gastrointestinal inflammation and are often used as a first-line treatment in newly diagnosed patients. Corticosteroids are commonly used to reduce inflammation and bring about remission, but these drugs can only be used for short periods of a few months at a time due to their potential side effects, such as increasing your risk of developing osteoporosis by inhibiting calcium absorption. 5-aminosalicylates, such as mesalamine and sulfasalazine, are popular, as they target specific parts of the gastrointestinal tract, so they can be more effective than broad-spectrum anti-inflammatories.

The substances that cause inflammation in those with Crohn's disease are produced when the immune system becomes overactive due to falsely interpreting your body being under attack. Immunosuppressants can induce remission by dampening down your body's immune system just enough to prevent gastrointestinal inflammation without preventing your immune system from protecting you from real threats, such as viruses and harmful bacteria. Common immunosuppressants used to treat Crohn's disease include mercaptopurine and azathioprine.

Biologics are used to treat severe or aggressive Crohn's disease that hasn't responded to more conservative treatment. They have a good track record of inducing remission, and they work by disabling specific proteins produced by your immune system that cause inflammation in your gastrointestinal tract. So, biologics offer a more targeted response than immunosuppressants, which tend to offer a broad-spectrum reduction in inflammation. Methotrexate, adalimumab and infliximab are a few examples of biologics used to treat Crohn's disease.

When drug therapy has failed to induce remission or if you encounter a complication of Crohn's disease, such as intestinal blockages, surgery may be required to remove the damaged section of your digestive tract. Surgery can bring about remission, but you will need drug therapy immediately after surgery to try and prevent further flare-ups of your symptoms or other sections of your gastrointestinal tract from becoming inflamed.

If you've recently been diagnosed with Crohn's disease and have questions about living with and managing your illness, your gastroenterologist or general practitioner will be happy to discuss your concerns. Your GP is an integral part of your care team, and they will liaise with your specialists to ensure your care needs are being met and any health concerns are addressed in a timely manner. They can also make tertiary referrals, should you require additional support to manage your illness effectively, such as referrals for counselling, dietetic review, physiotherapy and smoking cessation advice.